Varnishing the plate. It’s one of the most important steps, as nothing brings the plate to life like a nice glossy sheen… And for me, it’s one of the hardest things to get right.

There’s different options. Some people use shellac ( ‘Beetle juice’) , others sandarac (a tree resin) , both dissolved in alcohol. Those are the traditional recipes. Others use a modern varnish called Liquitex. I personally use sandarac, because it is what I was taught, and I do like the process of making the varnish (I’ll create a separate post on that). Also, both sandarac and shellac will definitely last for decades when done well. It’s pretty much proven technology. Time will tell if this applies to using Liquitex as well.

So basically sandarac varnish is resin dissolved in pure alcohol, with some lavender oil to make sure it remains somewhat flexible to avoid cracks later on due to temperature changes. If there’s any difference in expansion between the plate and the varnish, the varnish will crack. The varnish (and the plate) needs to be heated to let the alcohol evaporate, and this is typically done above a flame (alcohol lamp). Flames and pure alcohol don’t mix well.

There’s a couple of problems that can occur. If the collodion is of low quality or when it is too old, the high alcohol content of the varnish will dissolve the image as soon as you pour it on the plate. If that happens, the solution is to add just a little bit of water to make the varnish less strong, and that solved the issue for me (about 1% was sufficient, just add it a bit at a time and test again) Note that the varnish will temporarily become cloudy as you add the water. However, if there is too much water in the varnish, it will result in an overall matte or dull look of the varnished plate. Point to take away here is to use good collodion.

Another problem is the way you pour and heat the plate has a big effect on the result or gloss of the varnished plate. The correct way of doing it is difficult to explain, I can only tell you what worked for me in the end…  To some extent, it seems to be a matter of getting ‘a feel’ for it.

So here’s my process : 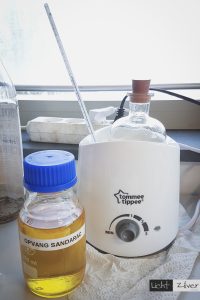 heating up the varnish

If you have some test plates from a shoot, use them as guinea pigs (especially) when starting with a new batch of varnish !  I even cut them (10×8 inch plates) up in 4 pieces to have more testing material… 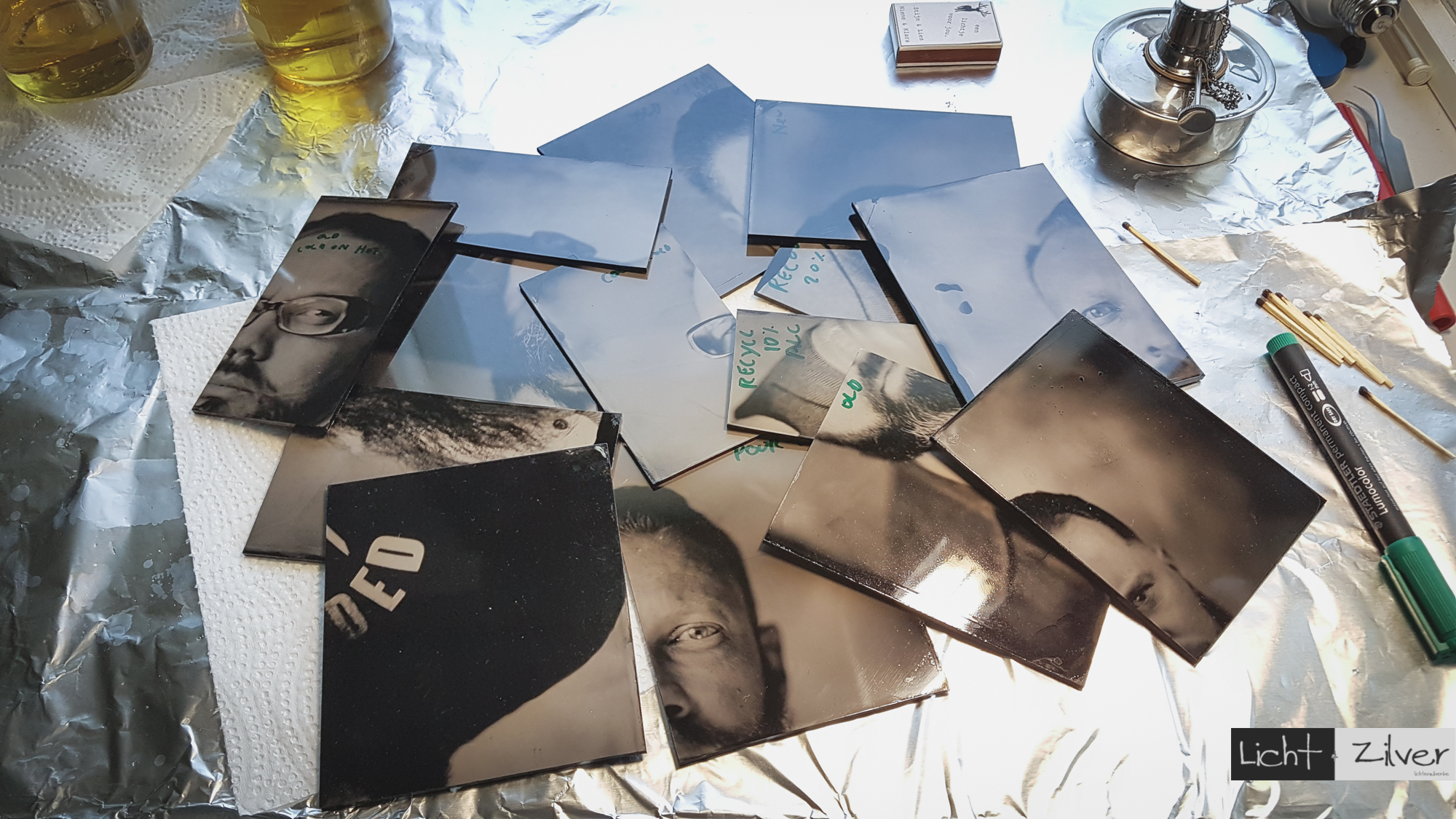 The main problems I had were caused by

An illustration of some of the problems I had (sorry for the reflection of the lamp, but it is the only way you can see the issues clearly). Click on the photo to see the description of the problem.

It’s been quite a year, since I took a two-day course to get started with wet plate collodion. Still as psyched as on the moment I saw my first image appear in KCN…  and I’ve been shooting, on average, every two weeks since then.